Urvi Khanna is an interdisciplinary artist, designer, photographer and marketing communications professional with over 20 years of industry experience.

She has worked with India Today, Euro RSCG, Hardesh Dhingra (Photographer) and the legendary Madan Mahatta (Photographer). She was the founding director of a full services advertising agency called Inventiv Advertising, which she ran successfully for ten years. She has worked on numerous projects in branding, advertising, print and web communication design, UX design, animation and film production.

She also co-founded an e-commerce company called Autsun.com in 2007, through which she designed and marketed a series of lifestyle products, before exiting the venture in 2011.

Urvi has taught Art at Vasant Valley School, Delhi. She also conceptualised and conducted a series of workshops for little children, called Art in the Park. She has co-authored a children's picture ebook which debuted in the top 25 children's books at Apple iTunes store. She has conducted several pro bono workshops for non-profit organisations, including an experiential art workshop for primary school teachers from Delhi.

After a two and a half year tenure as Visiting Faculty for Arts & Graphics at School of Planning & Architecture, Delhi, she joined Indian Institute of Art and Design as a founder faculty and liaison officer with Kingston University. Then went on to being a course leader for communication design at Pearl Academy Delhi, leading a team of 15 faculty members and around 200 students.

She has a degree in Applied Art from College of Art, Delhi; an advanced diploma in Photography from Triveni Kala Sangam, Delhi; an advanced diploma in Multimedia from Arena Multimedia; and a certificate in Art Appreciation from National Gallery of Modern Art, Delhi. Currently pursuing a Masters in Anthropology from IGNOU and an 11 month rigorous Post Graduate Certificate in Academic Practice from Pearl Academy. 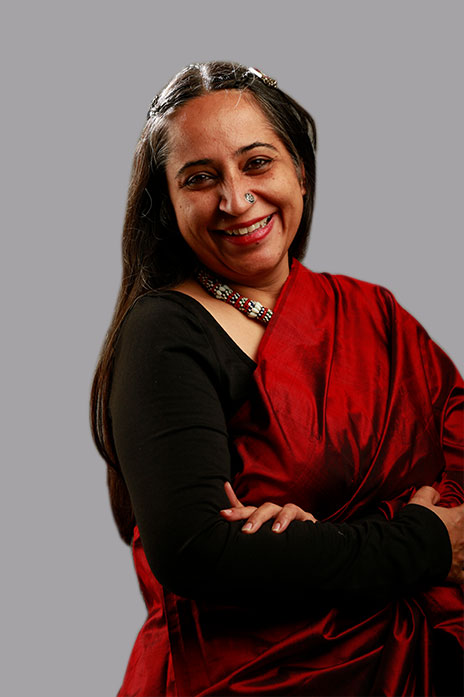